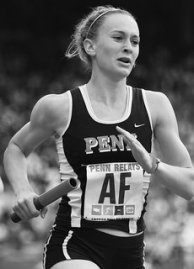 Anna Aagenes – Anna was the Team Captain at the University of Pennsylvania Women’s Track and Field and Cross Country Teams from 2009-2010.  She was a Division 1 NCAA Regional qualifier in the 800 m and the 1500 m and she holds three school records in middle distance relay events.  While at Penn, Anna served as the chair of PATH (Penn Athletes and Allies Tackling Homophobia) as well as the chair of the QSA (Queer Student Alliance), the largest LGBT undergraduate group at Penn.  Currently, Anna works in HIV clinical  research at the Children’s Hospital of Philadelphia for the ATN (Adolescent Trials Network).

Director of Finance and Development 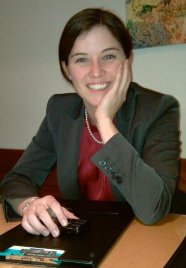 Jenelle DeVits – originally from Boston, MA, Jenelle is a former NCAA Division I basketball player at University of New Hampshire.  She walked on to the team as a freshman and worked her way to a full-scholarship by her junior season.  As an out student-athlete, Jenelle worked tirelessly on educating and advocating for the elimination of homophobia in sport.  She was a member of the President’s Commission on the Status of LGBT Issues and was also awarded the “Wildcat Award” her junior season.  In February 2008, Jenelle became involved in creating Our Group, an LGBT network for student-athletes and allies.  She has spoken at numerous panels regarding homophobia in sport and currently attends Hofstra School of Law in New York where she is an LGBT Rights Fellow. 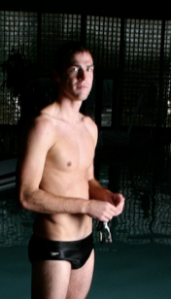 Sean Smith – Originally from Oklahoma, Sean was a swimmer at the University of Arizona, but transferred to Rutgers University where he went on to win multiple Big East titles and set Big East records in the 400 IM and the 500 Free (both of which have been broken).  Sean was also voted captain his senior year and was then hired as an assistant coach after graduating in 2005.  After his coming out story was published on Outsports.com, Sean was selected to the 2007 Out 100 and was introduced to several other former LGBT student-athletes.
After that experience and hearing about Andrew starting the Our Group chapter at Purdue University, Sean felt he had to be a part of something that could help change the culture in the sports world.  Sean has been a contributing member of Our Group since 2008 and believes Our Group can provide that lacking resource for LGBT and questioning student-athletes and allies.
Our Group’s Founder 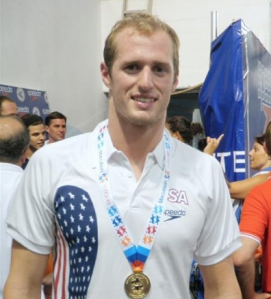 Andrew Langenfeld – Originally from Centralia, IL, Andrew is a former NCAA Division I All-American swimmer at West Virginia University and Purdue University. Andrew’s athletic achievements being a three-time individual Big East champion and Big Ten champion.  He has competed at the national and international level at meets such as the 2005 Jr. Pan Pacific Games, 2008 US Olympic Trials, and 2009 World Maccabiah Games. In January of 2008 Andrew started an Our Group branch at Purdue University and then began working with other student-athletes at other campuses around the country to start to create a support network for LGBT student-athletes and allies.  After graduation from college, Andrew began to work with the National Collegiate Scouting Association as a recruiting coordinator.  Andrew currently lives in Tel Aviv, Israel working on his Master’s of Science in Management.